Quarantine as a time of investment: Ivano-Frankivsk residents are actively buying apartments in new buildings 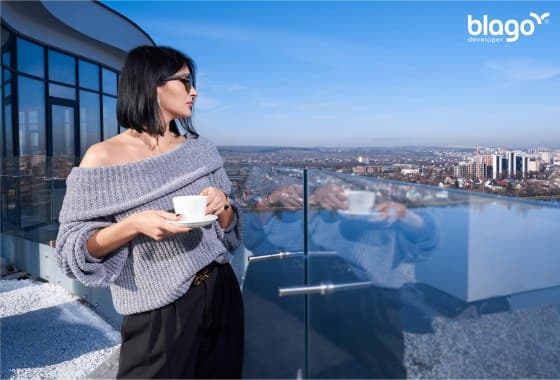 The January lockdown is over, but the quarantine continues. The current estimate is the end of February, however, the pandemic situation in the country, namely an increase in the number of patients, especially in the Prykarpattia, indicates that quarantine is likely to continue in the spring in one form or another.

The pandemic continues, but life goes on as well. And Ivano-Frankivsk residents seem to have become accustomed to living in conditions of quarantine restrictions. This is clearly evidenced by the situation in the real estate market. Despite the situation with the pandemic, residents of the regional center of Prykarpattia continue to actively buy apartments. However, the requirements that our people put forward for their future housing – both for apartments and for residential complexes in general – have changed significantly in the new conditions.

When buying apartments, Ivano-Frankivsk residents are paying more and more attention not only to the planning of apartments, but also to the arrangement of the adjacent territory. Quarantine with its restrictions on movement and public transportation taught people to make sure that all the necessary infrastructure (educational, commercial infrastructure, entertainment, food services, sports grounds, etc.) were if not in the courtyard, then at least within walking distance. It made people appreciate clean fresh air, outdoor recreation away from large crowds. The residential complexes built to the standards of “Live.Work.Play” are trending now. Location near green areas and water bodies, places for active recreation plays an increasingly important role.

blago developer company offers a wide range of such apartments, in particular, in the residential complexes Parkova Aleia and Comfort Park. They were built in cozy green areas on the banks of Ivano-Frankivsk rivers (in the first case – Bystrytsia Nadvirnyanska, in the second – Bystritsia Solotvynska).

It is worth noting that the demand for such apartments is constantly growing.

At the same time, many buyers prefer to buy commissioned apartments with renovation in new buildings. Experts attribute this to the desire of Ivano-Frankivsk residents to invest in housing. Today, the cost per square meter of housing is growing rapidly and is predicted to grow in the near future. After all, in the conditions of the quarantine-related crisis in the economy, the lack of stability and confidence in the future, real estate, especially ready-to-live apartments in new buildings, remains the most stable asset that will always be profitable. Therefore, to get the maximal benefit, you should not postpone the purchase of an apartment for a long time. In Ivano-Frankivsk, you can buy a renovated apartment in Mistechko Soborne, Manhattan district, Main House RC, luxury complexes Parus and Royal Hall.

Experts also note an increase in demand among Ivano-Frankivsk residents for mortgage lending, and this is understandable. After all, it may often be problematic to collect the necessary sum to buy an apartment, but many banks have entered into partnership agreements with developers and offer very favorable credit terms. It should be noted that blago developer company actively cooperates with various banks.