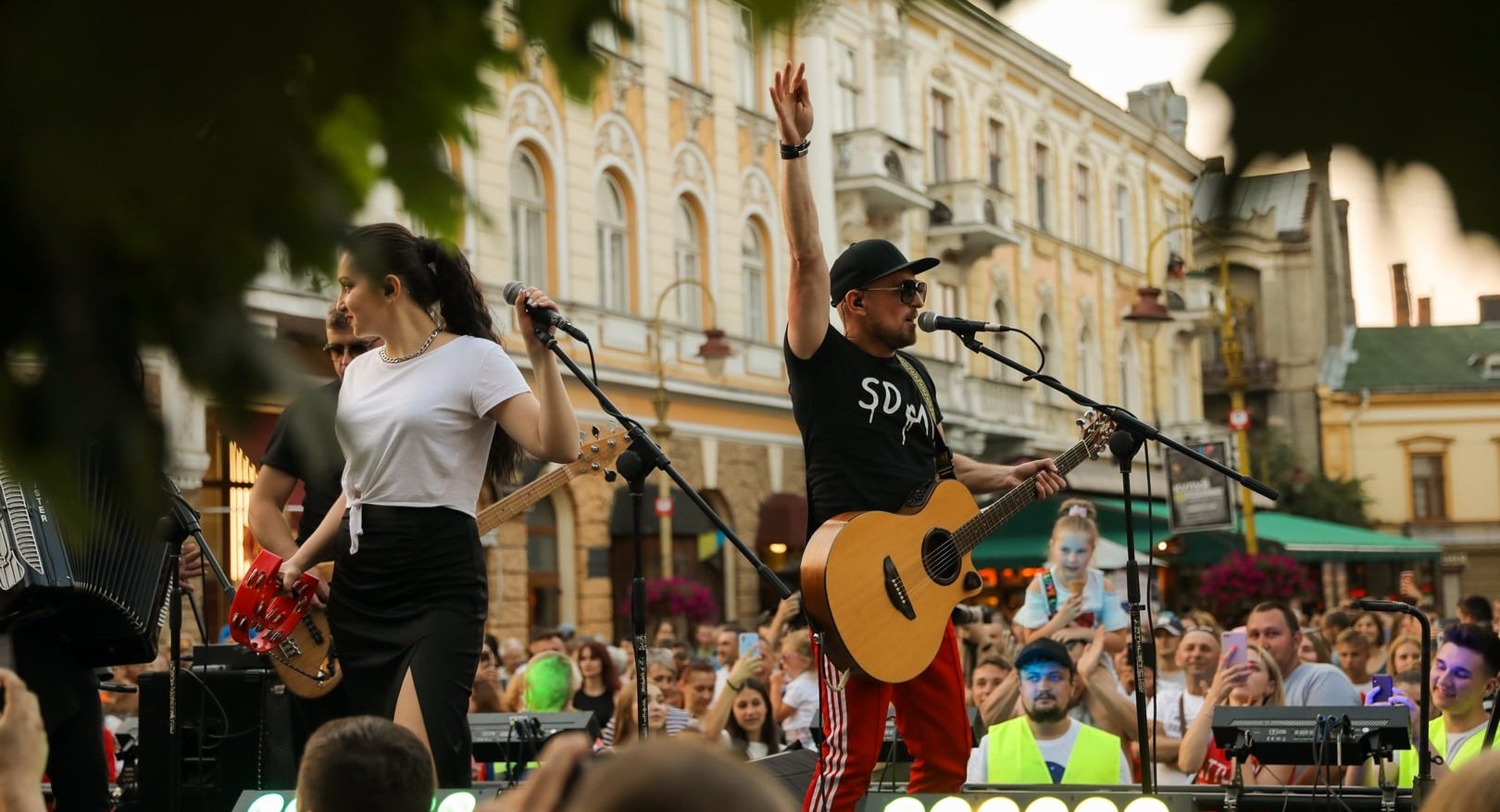 To honor the Constitution Day, blago developer construction company organized a concert of Tsvit Kulbaby band. The performance took place on the “Stometrivka” in a new format for the city – on a moving stage. The musicians and their equipment were placed on a truck, which moved along the pedestrian part of Nezalezhnosti Street during the whole performance. The moving stage was always accompanied by the audience, which actively supported the band and sang along the well-known musical motifs.

Hundreds of residents and guests of the city of different ages came to enjoy the concert. Many fans of the band’s work gathered in advance and were looking forward to the appearance of the lead vocalist Vasyl Marushchak.

There was a special atmosphere throughout the whole concert. The audience was in tune with the band, and they sang along to their favorite songs from the first chords: Svieta, PoBarabanu, Korolieva, Shuba Pesets, Hulihanka, and others. The audience actively supported the musicians with warm applause and cheering.

At the end of the performance, the happy audience did not want to let the musicians go without a repeat of their most famous song Korolieva.

Blago developer sincerely thanks everyone who came to the concert. It was an unforgettable and exciting evening.